The Ambient Highways newsletter serves as a roll up of all the recent music related activity from me. The newsletter is also sent to fans on my mailing list. You can join now by clicking here!

It was an incredible week for me. There were a ton of things that culminated through the week, so you may have seen an enormous amount of activity from me. Here’s everything new going on you may have missed! 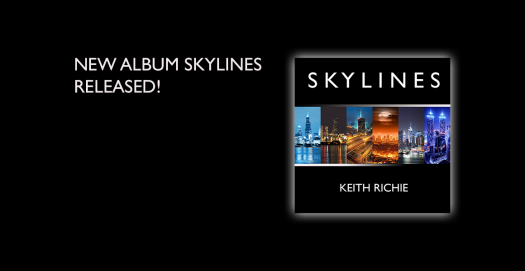 I am extremely pleased to announce that my new album Skylines is released!

Skylines is a captivating audio experience featuring musical interpretations of major city skylines from across the globe.

The album contains 9 tracks of exciting electronic rock, synthwave and dark synthpop music! Musical visions of Seattle, New York, Beijing China and more are featured that will capture the listening ear from start to finish.

Select songs from my award winning album “Ambient Highways” were selected for use in a short film titled “Smoking Land” by Axel Henneberg, a film student attending Prague Film School.

Read more about Smoking Land here, and watch the short film below!

New quoted videos from The Planets by Dava Sobel 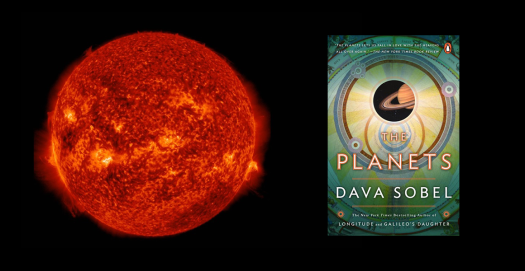 Read more about the first video released “Giver of Life (Sol)” here, and watch it below!

More new La famille du solénoïde videos will follow soon with “Thief in the Night (Mercury)”  next up on the production line.

I started a “Behind the Music” series where I take the reader (you) through an audio tour of a specific album I have released.  I detail the thoughts and feelings I had as I composed the album, on a track by track basis.  I include the track in each section so you can listen along as you read about the songs story.

Be sure to check out the first two articles in this series by clicking the appropriate links below.

More Behind the Music postings will happen in the future! Stay tuned!

I am in the process of transitioning off of my current website host for numerous reasons.

With that said, the old host name of http://krichiemusic.com will remain active for a short time giving everyone to update their bookmarks if they need so, but you’ll notice the homepage simply redirects the user to my now official hostname of http://music.krichie.com .  You’ll notice the look and feel of music.krichie.com is far superior to what I had before, and I hope you are pleased with the results.

So if you haven’t updated your bookmarks do so now!

With the move away from my current hosting provider, I’m also moving my mailing list services from them as well.  I have already migrated the previous subscribers to the new list, if you were a subscriber, be sure to check your email for an email from FanBridge so that you can confirm your membership to continue receiving updates!  Also check your junk mail folder just in case it slipped by!

Here’s a list of things I’m working on next and what’s in store for the future!

Now that Skylines is completed, it’s quickly approaching the 10 year anniversary of one of my first albums anniversary The Maestoso Interstellar Suite.

After completing the 10 year anniversary edition of The Maestoso Interstellar Suite, it will be time for some hardware and software upgrades before I begin work on some amazing ideas I have planned for the future.

Be sure to sign up so you don’t miss an update as this album progresses and for future updates!

I hope you enjoyed reading this newsletter, and if so please leave me your comments!

If you have received this newsletter from a friend, or read it on my blog be sure to sign up for the email based newsletter by visiting my official music site at http://music.krichie.com and click the “Stay Informed” link!

Buy or Stream my music from the following locations