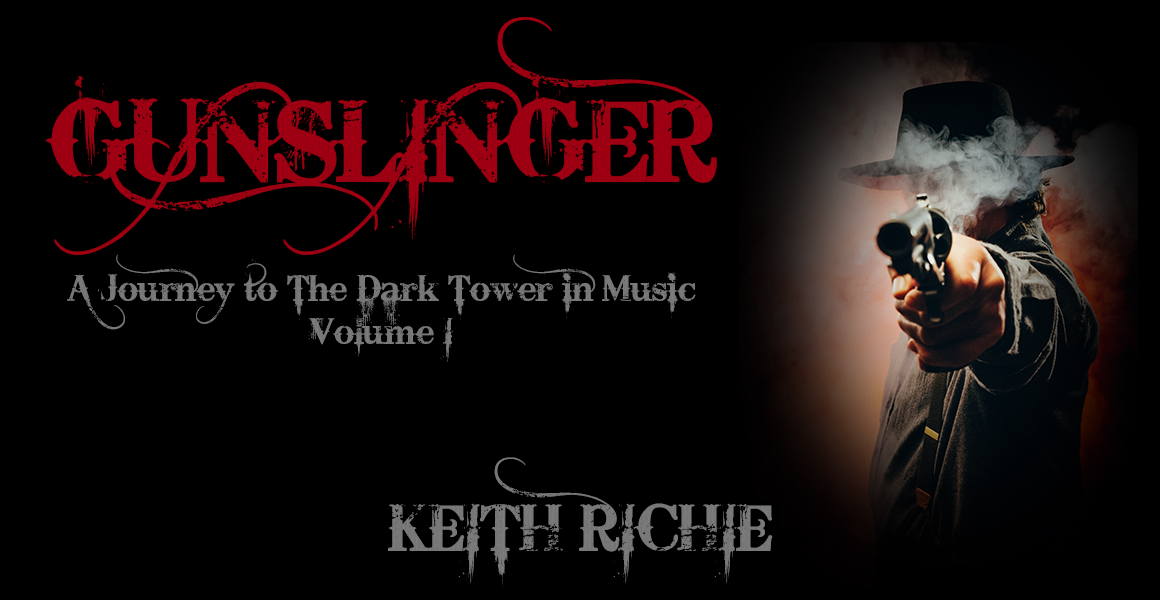 I took another ritual drive today listening to the latest mixes on the tracks for Gunslinger – A Journey To The Dark Tower in Music: Volume 1, and I think I’m finally done. Done with the music that is, for the first volume in my multi-release series of music inspired by Stephen King’s The Dark Tower books. 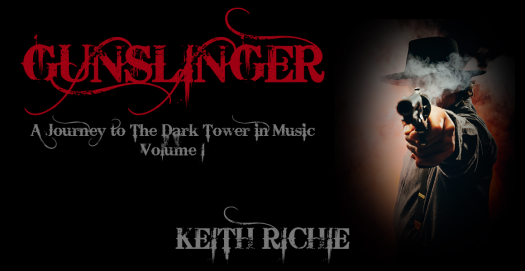 If your new to this blog and my music, let me give you a bit of background.

“The man in black fled across the desert, and the gunslinger followed.”

One of the most famous quotes from a Stephen King novel. They are also the very first words that begin the story of The Gunslinger, which is the first book in Kings’ magnum opus series, the Dark Tower.

The series tells the story of Roland Deschain, Mid-World’s last gunslinger, who is traveling southeast across Mid-World’s post-apocalyptic landscape, searching for the powerful but elusive magical edifice known as The Dark Tower.

I’ve been making music for several years.  Occasionally, I release what I like to call “Original ‘N’otion Picture Soundtracks”.  These are albums of music where I pour my heart and soul into producing music for an idea or story I have in mind, but no film attached.

In this case, the story already existed and sure they are finally making an official movie, however I have always wanted to do my own musical interpretation for the series. Imagine reading Kings’ magnum opus along with music themed against this story. His vision in story put to my vision in music.

“There are other worlds than these.”

But of course, like I mentioned… this is the first in a series of releases.  My tentative release schedule for all of them is as follows:

And now I believe I’m complete with the music for the first album which I’m officially settling on the title of “Gunslinger – A Journey to The Dark Tower in Music: Volume 1”.  This is a major milestone in the process!

I’m also trying to raise funds to have a physical CD made for the album via this Kickstarter campaign. I need physical CDs to really promote it to various radio stations and review sites that still require physical product.  If you would like to help, please click right here to see the various options available to you!  Note that even if you don’t buy CDs or even have a CD player anymore you can STILL help a great deal by selecting the “World has moved on” pledge which entitles you to a digital version of the final album once released.

I still have a ton of work todo however before the album itself is complete.  Still on the agenda to complete are the following items:

So with that said, it’s back to work I go on all of the artwork, booklet information, etc.  Just wanted to let you know that the music is now complete!